About two weeks ago, Hacker News was discussing a new R package called brickr, which relies on another relatively new and excellently crafted R package called rayshader to enable its rendering goodness. The latter package was originally constructed as a means to generate good-looking “2D and 3D hillshaded maps of elevation matrices using a combination of raytracing, spherical texture mapping, overlays, and ambient occlusion”.

Someone wondered whether this might be an appropriate tool to implement a Minecraft clone, to which I replied:

Like, playable and all? Very unlikely. It’s not going to be fast enough and R is not typically the language you’d use for games. But to e.g. import a Minecraft world and render it with the rayshader package? That might actually be a fun idea!

I decided to put my money where my mouth is an experiment with this for a couple of hours.

First, we need to come up with a map to generate. I whipped up a new Spigot server and surveyed a piece of landscape to use in Minecraft: 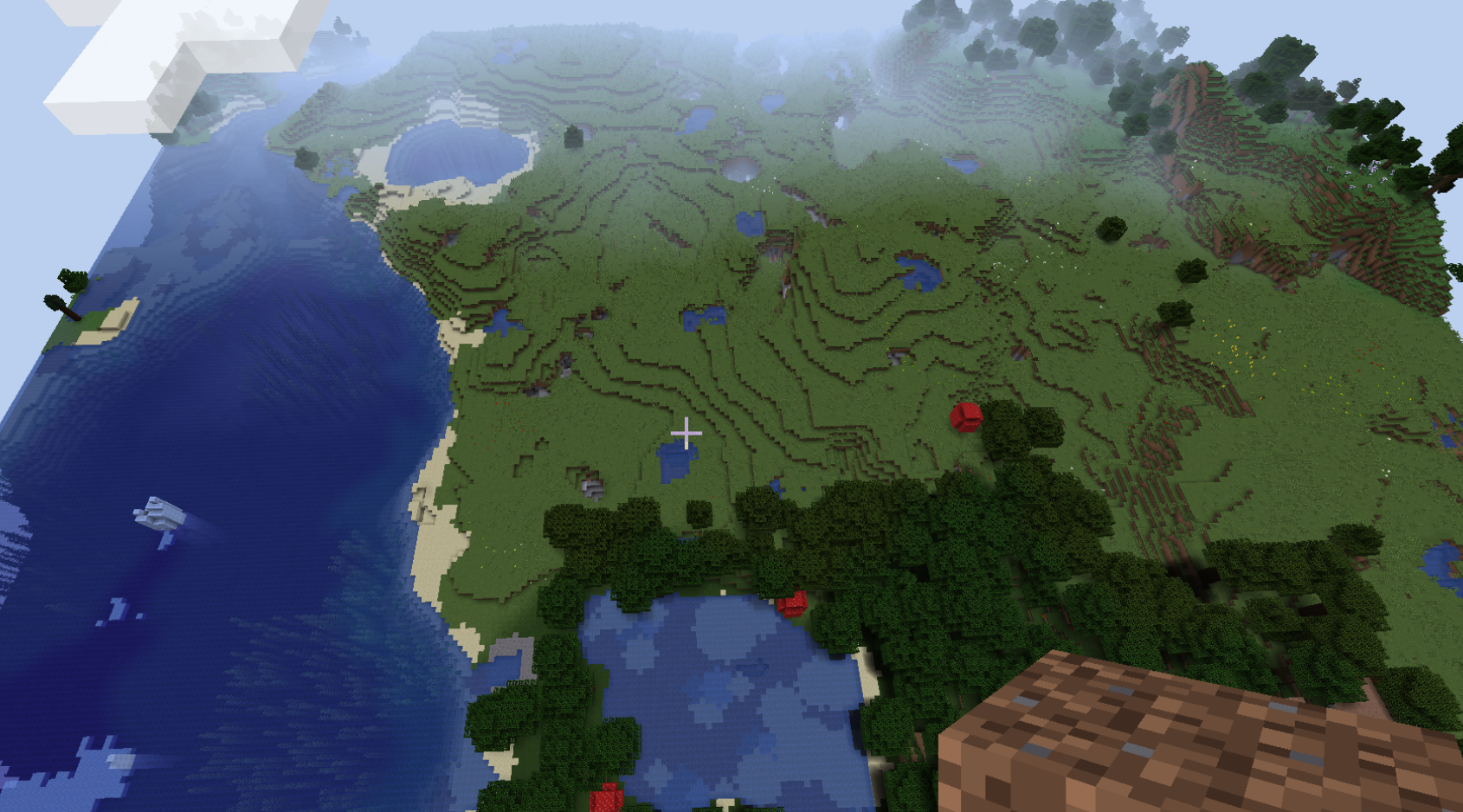 The next question was how to extract map data from the game. There have been a number of tools constructed over the years on how to do so, with Mapcrafter and Chunky offering something very similar to what we want to do, albeit in R.

I toyed around a bit with the source code of Mapcrafter before going for an easier route. I maintain a Jython interface to Minecraft which offers full access to the Spigot API from Python, so I whipped up a quick Python script in order to extract a height map:

This script basically goes over a grid of (x,z) values (according to Minecraft’s coordinate system) and iterates over the y-values from top (sky) to bottom, until it finds a solid block.

Note the usage of the ignore_list and include_list. I basically wanted to skip over some block types which I did not want to include in the landscape, such as tree blocks, flowers, and so one. I also skip over water blocks as I want to render these using rayshader.

At the end, a CSV file is obtained which height values for each location. We can then render this in R as follows:

Resulting in the following picture:

Note that there are several possibilities for improving: