I’ve been looking at various Java decompilers recently for a project I’ve been working on in spare time.

Java code obfuscation is something I have an interest in for no particular reason, mostly because you see a variety of cool approaches popping up in the wild to prevent people from reverse engineering your proprietary JAR’s (which are, by default, very easy to reverse engineer). Most approaches resort to obfuscation/packing (similar as to what is done with Javascript files), but there exist more thorough methods as well, e.g. implementing a custom classloader which will decrypt classes on the fly. This article contains a good general overview.

Some time ago, everyone’s decompiler of choice was jad. Currently, the project is dead (in addition, it wasn’t open source), but still you see a lot of people referring to it.

Also an older tool from fileoffset.com, but still works more or less. The interface is rather clunky to use for larger projects, but the tool is open source: 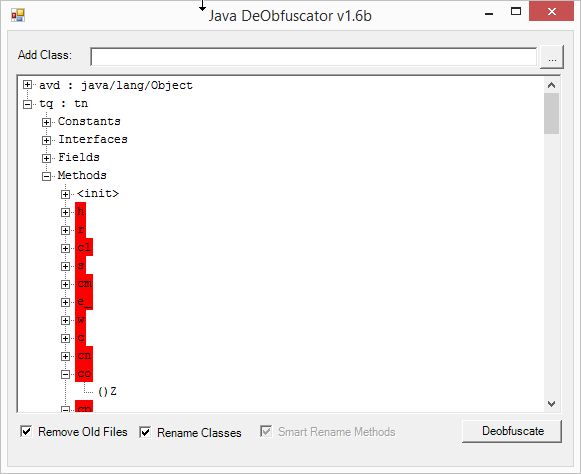 JODE is a java package containing a decompiler and an optimizer for Java. This package is freely available under the GNU GPL. It hasn’t been updated for quite some time.

Proprietary tool to decompile Android programs and Java files, available here. Not worth the money given the alternatives, just as DJ Decompiler.

An open source decompiler by Brad Davis. I’m mentioning it for completeness, but is far away from being feature complete.

Probably one of the most widely used tools for Java decompilation, as it is easy to use and provides a graphical user interface which allows to quickly open up and inspect a class file or JAR. You can find it over here.

Not open source, though, and borderline modern as it’s not able to decompile Java 8 features.

Below is a screenshot of JD-Gui with a Minecraft class file open[1]: 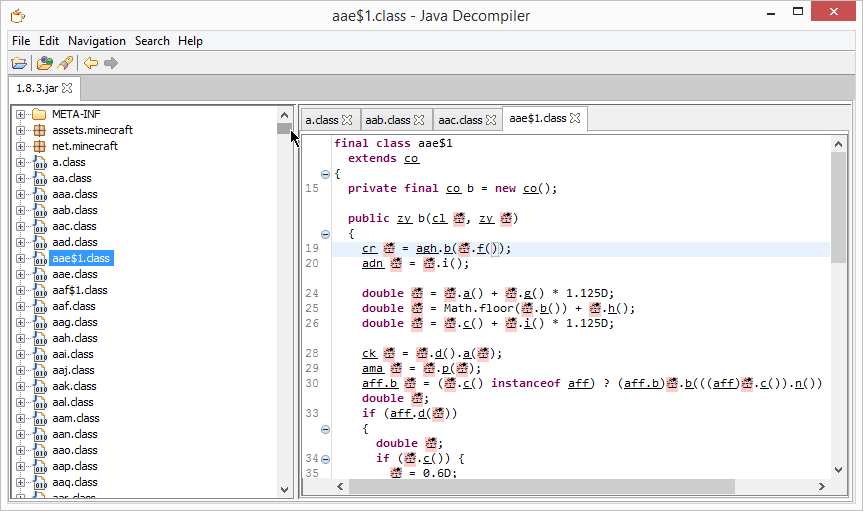 Note that the decompiler is being tricked by the obfuscation routine.

But this one is able to show the Unicode parameters with their full name:

Free, but not open source. This one aims to decompile modern Java features, including Java 8 lambdas (pre and post Java beta 103 changes), Java 7 String switches etc., though is itself written in Java 6.

This one does an even better job and is slightly faster:

Run it as follows:

This one is my favorite modern decompiler at the moment.

Krakatau is interesting because it has been written in Python. It currently contains three tools: a decompiler and disassembler for Java class files and an assembler to create class files.

Does not yet support Java 8 features.

Soot is a framework for analyzing and transforming Java and Android applications, originally developed by the Sable Research Group of McGill University. It’s not very commonly used “just” as a decompiler, as it also defines an intermediate byte code language.

Running it requires some fiddling, i.e. this is a minimal command to get things to run: 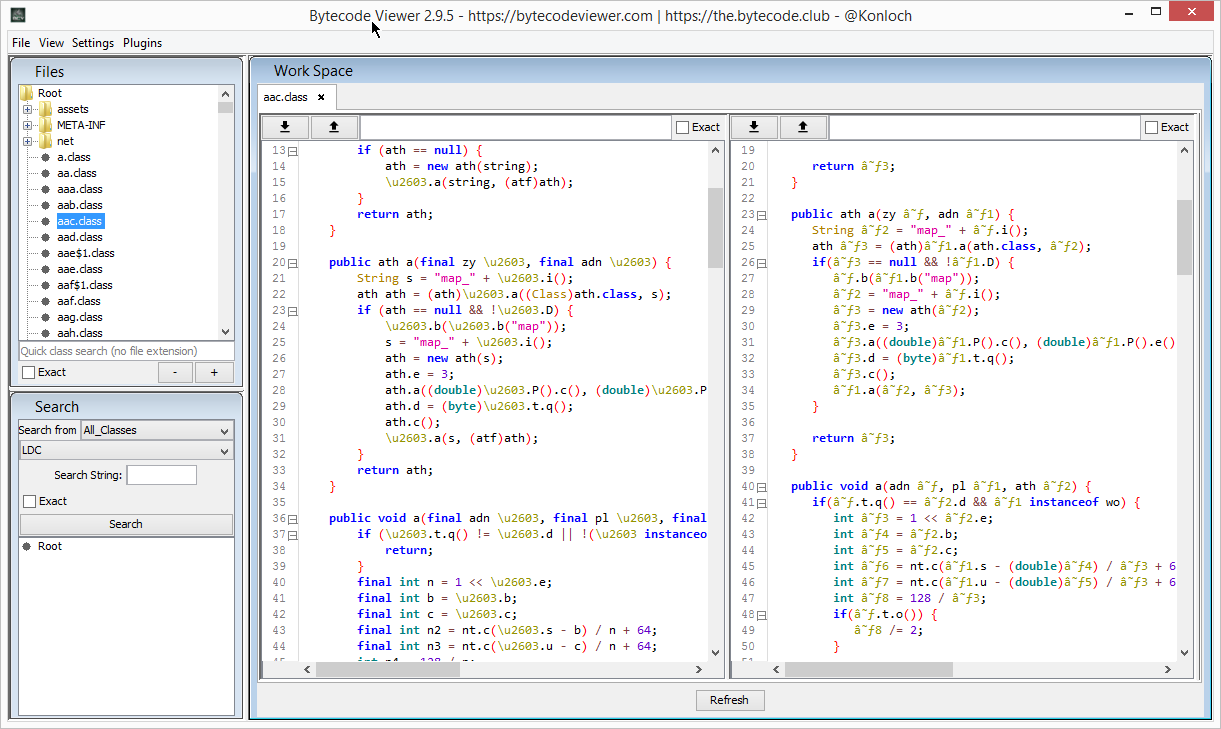 A tool specifically geared for deobfuscation: 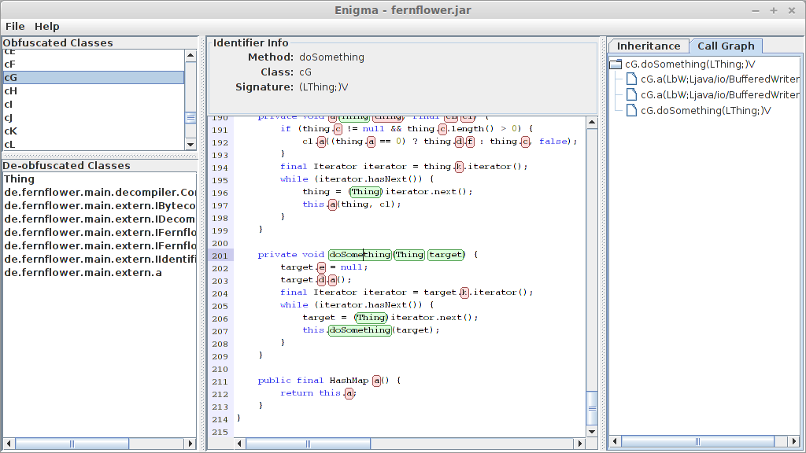 [1]: It’s fun to note that a lot of effort into decompilers and de-obfuscators for Java is the result of the modding scene around Minecraft, one of the most popular games implemented in Java.